How close are we to the vision of the flying car? On #techbackstage with Carl Dietrich, Founder & President of Jump Aero, hosted by Eddie Hudson.

How close are we to the vision of the flying car? 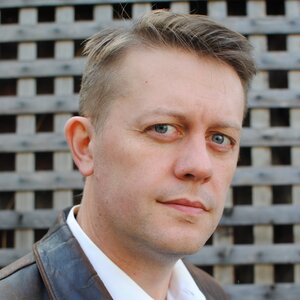 Carl received his BS, MS and Ph.D. from the Department of Aeronautics and Astronautics at MIT. In 2000, after winning four design competitions and founding a student group to develop advanced aerospace technologies, he was formally recognized by the Aero/Astro Department at MIT as the youngest of sixteen exceptional graduates under the age of 35. In 2006, Carl was the winner of the prestigious Lemelson-MIT Student Prize for Invention. He co-founded Terrafugia and guided its growth for 13 years. In 2009 he was named as one of the Boston Business Journal's "40 Under 40" and in 2012 Aviation Week & Space Technology magazine gave him the same honor. Carl is a member of ASTM committees that develop the certification standards for light aircraft. He is the Chairman of the General Aviation Manufacturers Association committee on simplified vehicle operations. He has been a private pilot and aircraft designer since the age of seventeen. Carl's professional mission is to lower the barriers to the more widespread use of personal aviation for the good of humanity.